The big event in July which did not go unnoticed was our 50th Anniversary that took place over the weekend of 28th & 29th July. We had over 50 people attending both days at the club for a complimentary Picnic on 28th and Sail Past and complimentary BBQ on 29th.

Following some glorious weather leading up to this weekend conditions turned unfavourable on Saturday 28th for the race to Dove Point and Picnic on the beach.An uninvited squall, dark clouds with heavy rain arrived as arrangements were being discussed. This persuaded us to hold the Picnic in the clubhouse which in turn impacted the course of the race so that everybody finished up in the same location…..…….

Given the conditions all 8 dinghies participated in the race such was the spirit that the weather was not going to get the better of us. A course was set to Orford and back that was thoroughly enjoyed by all those that took part. In addition a number of cruisers were also on the water. There then followed a very pleasant picnic in the club with good conversation until late afternoon with events for some extending to late evening finishing at the White Hart in the town.

Sunday arrived with no rain and a pursuit race in the morning leading up to THE BIG EVENT at 1pm. Circa 54 people in 26 Cruisers, Dinghies, Displacement boats and Ribs mustered at Martello Tower for a Sail Past Slaughden Sailing Club. The fleet was headed by our President Kay Lasky in Curlew whilst we were joined by some members of Aldeburgh Yacht Club.

26 craft were enough to make a colourful and noisy impact with flags, bunting, hooters and even what looked like a hunting horn in one boat on the water. Some great photos were taken by spectators on the shore that now feature in the Gallery on the website. Look out for the launch of the Video that will follow later this year!

The atmosphere in the club was fabulous over the two days finishing off with a toast to the founders of the club with a glass of Pimm's, a very enjoyable BBQ and some great raffle prizes donated by several local businesses.

The weekend was a great success thanks to the efforts of many of our members from planning and organising, sourcing the food, preparation and cooking, communication, grass cutting, slipway washing, clearing away, safety boat cover, OOD, raffle prizes, photography, putting up and taking down marque and so on. This involved commitment from more than 20 members which helped make the event such a memorable success. – A HUGE THANKYOU

What can we look forward to in August? 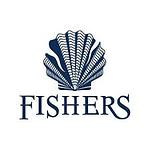 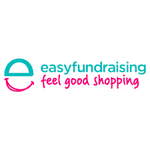 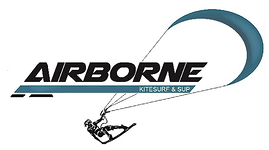